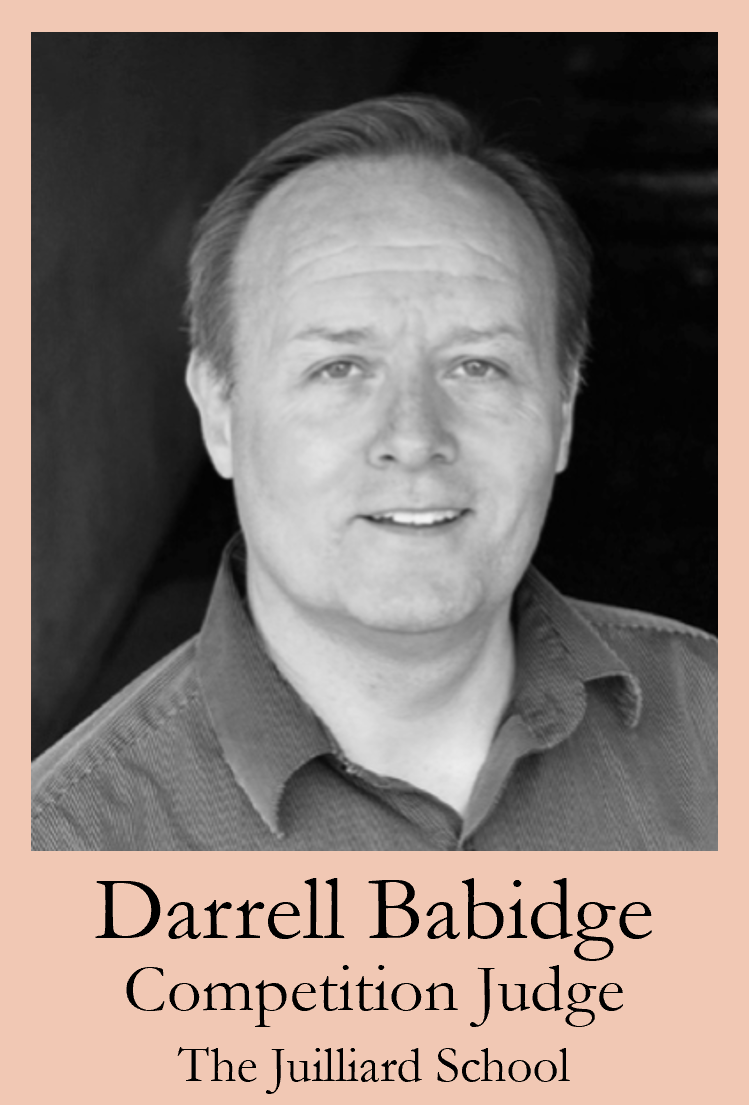 Baritone Darrell Babidge graduated from the Royal Northern College of Music in the U.K. where he performed lead roles and was recognized with four major awards. He received his Master’s degree from Brigham Young University and his professional degree in vocal performance from the Manhattan School of Music, funded directly by Brigit Nilsson.

While a student, Mr. Babidge performed the title role of Britten’s Owen Wingrave at Glyndebourne Festival Opera with the London Philharmonic Orchestra. He has performed with many European and US opera companies, and his concert work is extensive, working with the leading orchestras and conductors. In 2004 he made his Carnegie Hall debut, and returned the following year to sing in Mozart’s Coronation Mass. Conductors he has worked with include Kent Nagano, John Eliot Gardiner, James Levine, Sir Andrew Davis, Julius Rudel and Ivor Bolton.

Darrell has recorded for CD, DVD and TV productions, most recently in the title role of The Redeemer with the Mormon Tabernacle Choir. Recent engagements include the title role of Mendelssohn’s Elijah with the Salt Lake Choral Artists, Count Almaviva in Le Nozze di Figaro for Utah Festival Opera, Simone in Gianni Schicchi for Intermountain Opera, and Gideon March in Little Women for Utah Opera.

Mr. Babidge has a private studio and joined the faculty of the Juilliard School in 2019. Earlier this year, Juilliard appointed him the chair of the voice teacher faculty starting this fall. From 2006 to 2019, Mr. Babidge was full-time faculty at Brigham Young University. He taught the Utah Opera Resident Artists, as well as the Arizona Opera Studio Artists, and is a vocal coach with Dolora Zajick at the Institute for Young Dramatic Voices. He recently taught at the international vocal program, VOICExperience. His students sing in major opera houses throughout the world, including the Royal Opera House, Gran Teatre del Liceu in Barcelona, Metropolitan Opera, Houston Grand Opera, Semperoper Dresden, Deutsche Oper Berlin, Teatro Real in Madrid, Opera di Genova in Italy, Vienna State Opera and San Francisco Opera. Students have also been accepted into Young Artist and summer programs, including the Metropolitan Opera, Houston Grand Opera, Glimmerglass, Tanglewood, Wolf Trap, Santa Fe, Aspen, Academy of the West and Ravinia. He has been employed by the Metropolitan Opera to teach in their Lindemann Young Artists program, and two of his students recently won the Metropolitan Opera National Council competition. Students have recorded for Decca and Deutsche Grammaphon, with a recent recording nominated for a Grammy award.