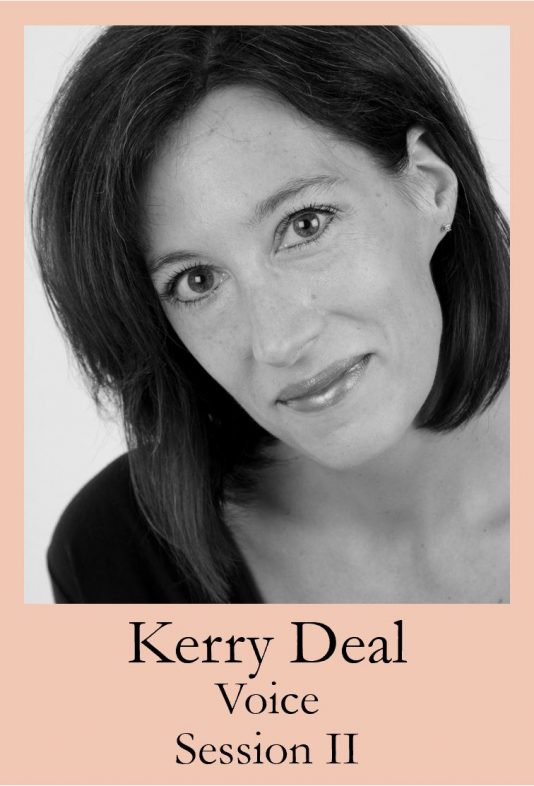 As a frequent interpreter of oratorio, she has been especially heard in the sacred works of Mozart, including his Requiem, Coronation Mass, Solemn Vespers, and the Grand Mass in C Minor, but her performances also encompass a variety of other sacred works, ranging from baroque oratorio such as Handel’s Messiah to the more romantic religious works of Brahms, Fauré, and Gounod. Also a champion of new music, Ms. Deal often features 20th century music in recital and has premiered and recorded new works with St. Cecilia Music and premiered the art song of Gloria Coates at Rubinstein Hall in Munich’s Steinway Haus. As a young artist at Opera in the Ozarks, Ms. Deal sang the role of Mimi in La Bohème. More locally, she has sung with Longwood Opera, Opera Aperta, and with New York Opera Forum as Nedda in I Pagliacci.

Most recently, Ms. Deal has been heard in concert at the Berklee Performance Center and in recital at Jordan Hall.
Ms. Deal earned her BA magna cum laude in languages and literature at the College of William and Mary in Virginia before pursuing her graduate studies in music, with a MM in Opera Performance from the Boston Conservatory and a DMA in Voice Performance from Boston University. Ms. Deal has been a member of the voice and vocal pedagogy faculty at the Boston Conservatory for the past sixteen years, where she teaches pedagogy classes and a combined studio of music theater and vocal performance majors. In addition to her teaching responsibilities at Boston Conservatory, she has been featured in several faculty recital series and as a guest soloist for Strauss’s Four Last Songs, Bernstein’s Kaddish symphony, Haydn’s The Creation and Mozart’s Regina Coeli (K. 108) with the Conservatory’s Chorale and Orchestra.

In addition to her work at the Boston Conservatory, Ms. Deal holds an affiliate faculty position at the Massachusetts Institute of Technology, where she instructs recipients of the prestigious Emerson vocal fellowship award and has performed the Brahms’ Requiem and the mother in Griffelkin at Kresge Hall. For seven summers with the International Performing Arts Institute in Bavaria, Germany, she served as voice faculty and stage director for both the opera and musical theater young artist training programs.
Former students of Ms. Deal have found success in both operatic and music theater mediums, with acceptance to important young artist programs and contracts in regional opera and theater, as well as on Broadway, at Carnegie Hall, and in national touring companies.