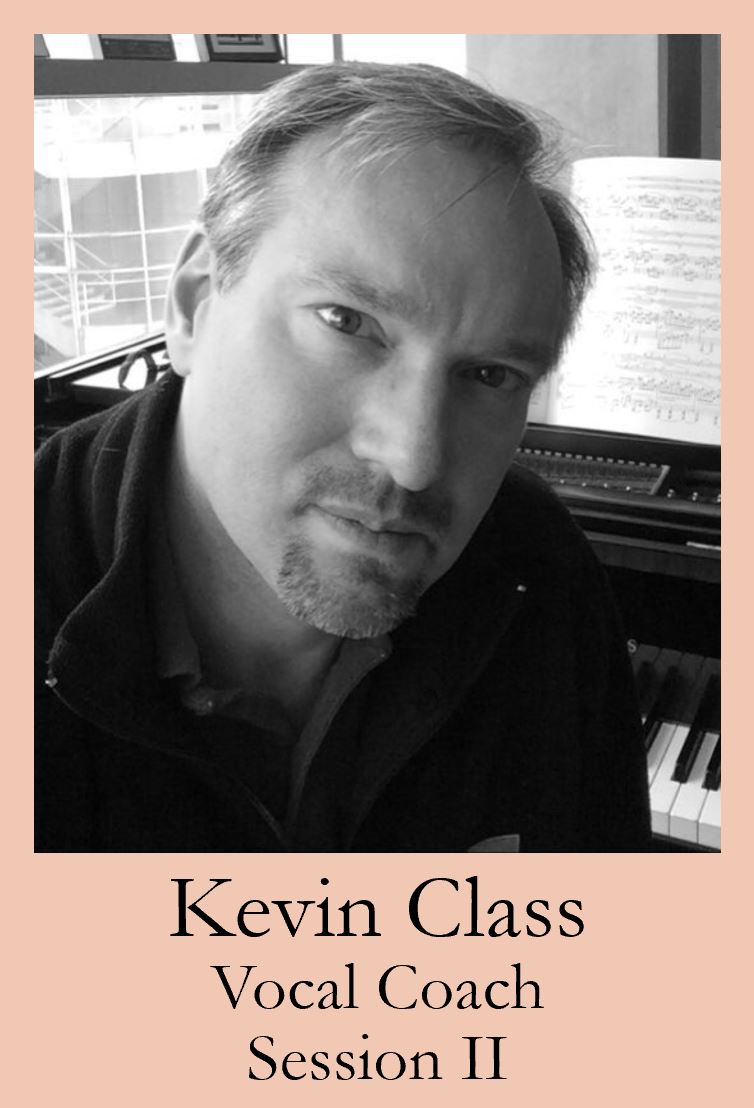 Kevin Class presently serves as Director of Collaborative Piano and Music Director/Conductor of the Opera Theatre at the University of Tennessee.

He has previously served on the faculties of SUNY-Potsdam and Indiana University’s Jacobs School of Music.

Born in Belgium, Kevin studied piano at the Royal Conservatory in Brussels with Daniel Blumenthal, as well as in the US and Canada with Gyorgy Sebok and Ralph Votapek. As a soloist, he has performed numerous times in venues such as Amsterdam’s Concertgebouw, New York’s Carnegie Hall and Vienna’s Musikverein, including series of the complete piano sonatas of Mozart and Schubert. In response to performances and promotion of both standard repertoire and contemporary music, Kevin was named a Fellow of the Flemish Community by the Belgian government in 1998. In 2015, Kevin was awarded third place in the American Prize competitions for solo piano (professional division). As pianist, he has most recently performed as soloist with the Knoxville Symphony Orchestra, has performed cycles of the complete collaborative works of Brahms and the complete sonatas for piano and violin by Beethoven. Kevin has more than 15 commercial recordings to his credit on Centaur, Albany, MMO, CRS and Jackal Records.

In addition to work as a piano soloist, Kevin has been active for more than 30 years as a conductor. With a repertoire of 60 operas and more than 100 orchestral works, he has taken the podium of the National Opera La Monnaie in Brussels and the Royal Opera House at Covent Garden and National Opera Studio in London, Shanghai Opera and Opera Illinois in Peoria. From 2001-2005 he served as Guest Music Director and Resident Conductor of the Illinois Opera Theatre in Champaign-Urbana. He has conducted the Northern Illinois Philharmonic, the Chicago Youth Symphony Orchestra, University of Kentucky Symphony Orchestra, Illinois New Music Ensemble, Ensemble Noir’ (Brussels) and orchestras in Taipei, Shanghai, Chongqing, Seoul, Kunming and Manila. Conducting students have appeared with San Francisco Symphony and Opera, Los Angeles Philharmonic, BBC Scottish Orchestra, Miami Symphony Orchestra, Dallas Opera and Salzburg and Glimmerglass Festivals.

Kevin has conducted productions at the Berlin Opera Academy in Germany, and for the Arezzo Opera Festival in Italy, where he also served as head of the conducting and collaborative piano programs, and was music director of the Emerging Artists programs for Oberlin in Italy.