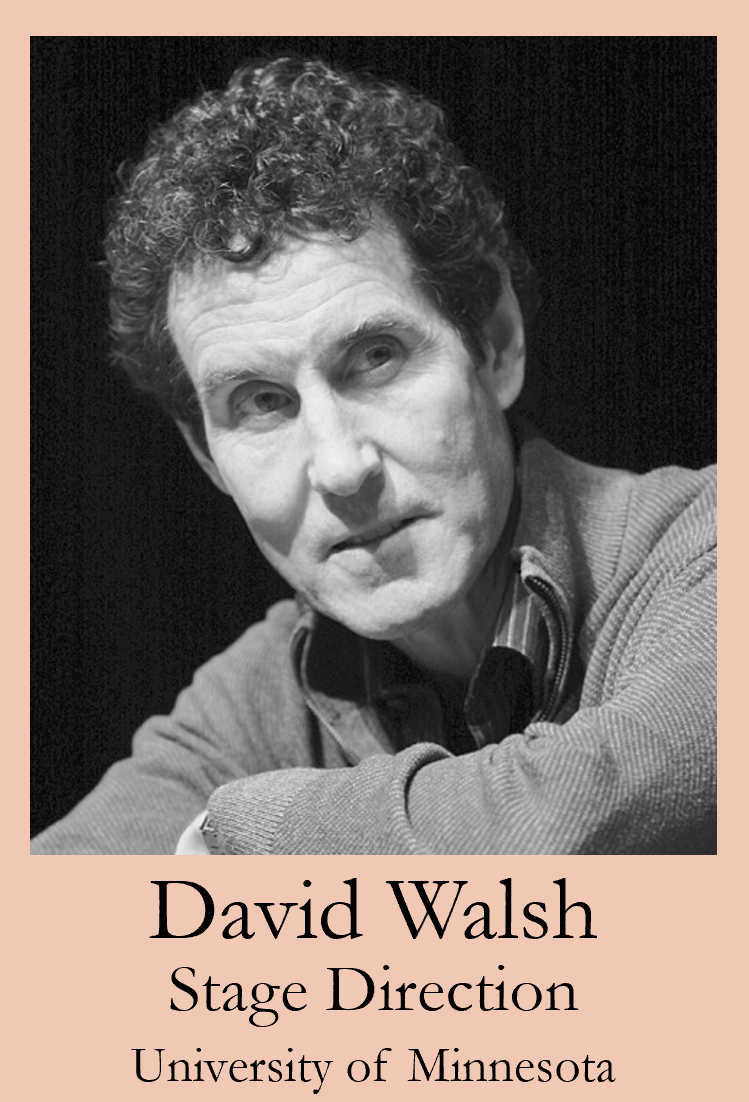 As a Stage Director, David Walsh has worked extensively in Germany, Great Britain, America and Canada. He has produced Fidelio for Paris Opera with Jon Vickers and Hildegard Behrens in the title roles and conducted by Seiji Ozawa.  In January 2001 Mr. Walsh directed a highly successful revival of Nikolaus Lehnhoff’s production of Palestrina for the Royal Opera House Covent Garden. In the spring of 2002 Mr. Walsh assisted Dr. Lehnhoff on a production of Puccini’s Turandot at the Nederlandse Opera conducted by Riccardo Chailly. This performance was filmed and included a new final scene composed by Luciano Berio. In 2003 Mr. Walsh again acted as Assistant Director to Dr. Lehnhoff on a production of Beethoven’s Fidelio at the Salzburg Festival conducted by the Artistic Director Sir Simon Rattle and the Berlin Philharmonic Orchestra In the autumn of 2003 Mr. Walsh remounted this production for  L’Opera de Lyon and in 2004 for the Tokyo Festival in Japan. In the summer of 2004 he directed a revival of Verdi’s La Traviata for the Deutsche Oper-am-Rhein in Duesseldorf.  In April 2005 made his debut for the Israeli Opera in Tel Aviv with Fidelio. In the summer of 2006 Mr. Walsh returned to the Deutsche Oper-am Rhein to direct a revival production of Bizet’s Carmen followed by a new production of Benjamin Britten’s A Midsummer Night’s Dream in fall 2006