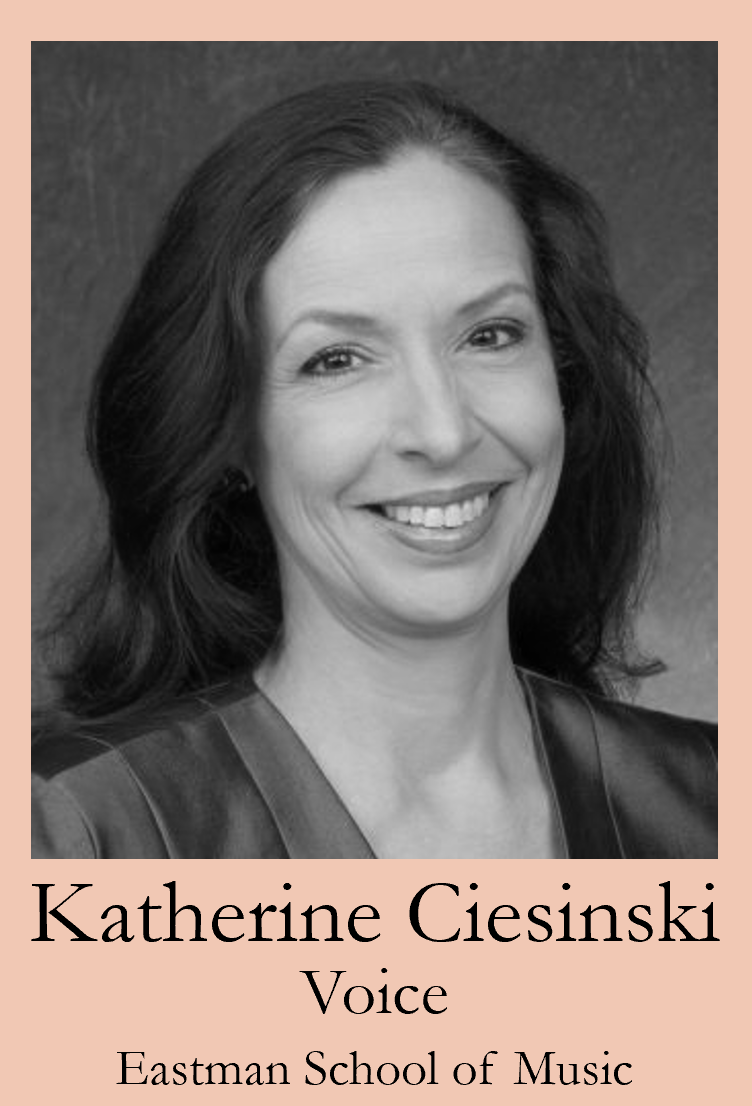 The New York Times called Katherine Ciesinski “a singer of rare communicative presence, and a musician of discrimination and intelligence.”

One of the few master performers to also become a master teacher, Ms. Ciesinski is a frequent clinician at the annual International Symposium on Care of the Professional Voice in Philadelphia, created the Vocal Workshop for the annual International Composition Seminar at the Royaumont Foundation in France as well as the vocal chamber institute Close Encounters for the Texas Music Festival, and lectured in and served on the steering committee for the University of Texas School of Public Health’s Healthcare and the Arts Series. In addition, she is one of the thirty-four elected members of the American Academy of Teachers of Singing.

She is Professor of Voice at the Eastman School of Music and serves as a University of Rochester Ambassador. For the last decade, she has also served on the international faculty of the Artescénica Encuentro Operistico in Mexico.