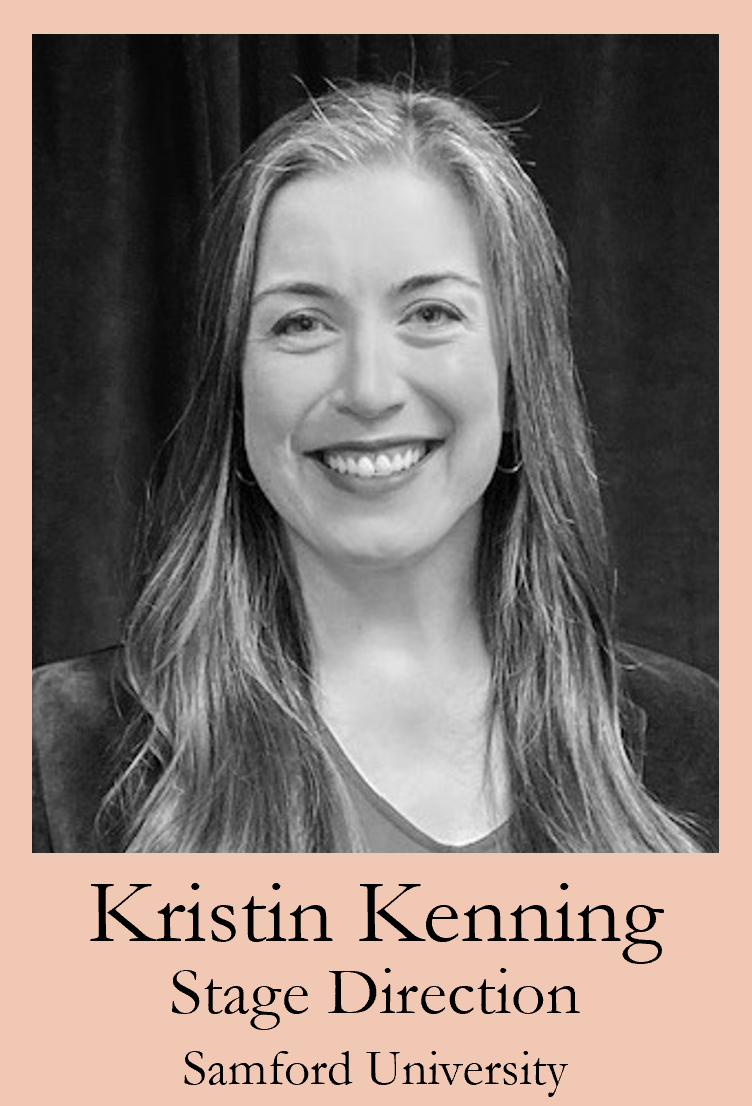 Kristin Kenning is a stage director from Detroit, Michigan and is Director of Opera at Samford University in Birmingham, Alabama where she is an Associate Professor.

Recent productions include The Ghosts of Gatsby for the OPERA America New Works Forum, The Pirates of Penzance for Opera Birmingham; Il matrimonio segreto and La Canterina for Mobile Opera; The Ghosts of Gatsby for Seagle Music Colony; Naughty Marietta, The Desert Song, and Die Fledermaus for the Birmingham Music Club; Mlle. Modiste and The Vagabond King for Minnesota’s Skylark Opera; Die Zauberflöte, Le Nozze di Figaro, Hänsel und Gretel, Lucinda y las flores de la Nochebuena, Amahl and the Night Visitors, and On the Town for Samford Opera; The Match Girl’s Gift on the Minnesota Centennial Showboat; and The Ladysmith Story at the Red Eye Theater in Minneapolis. She has directed shows for many theatres and festivals, including: the Minneapolis Institute of Arts, Theatre Unbound, the Minnesota Fringe Festival, Sidewalk Film Festival, and the Minneapolis Short Film Festival. She is a champion of new work and has directed often for Atlanta Opera’s 24-Hour Opera Project.

Kristin is passionate about teaching acting to young artists through opera workshop, scene study, and aria coaching. With a background in singing and dance, she truly understands the complexity of singing beautifully while acting and moving convincingly, and helps her students improve their ability to tell stories on stage with authenticity. Her university students compete in the National Opera Association’s Collegiate Scenes Competition, winning first place in 2020 and 2018.